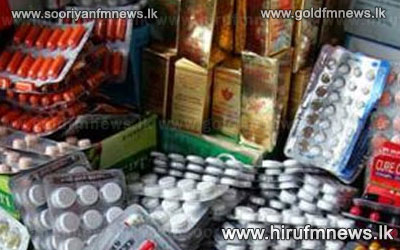 The Health Ministry has decided to import drugs from Bangladesh immediately to prevent a drug scarcity in the country.

National Drugs Authority Director Dr. Hemantha Benaragama told our news team that even by now steps had been taken to import several categories of drugs.

The Health Ministry had recently decided to confirm that 122 categories of drugs supplied by four Indian Drug Companies were sub-standard and remove them from the market.

Similarly steps were taken to blacklist those companies.

As a result of the removal of the relevant drugs from Government and Private hospitals and Pharmacies in consequence of this decision, a temporary drug scarcity has cropped up currently.