Moratuwa deputy mayor who is in prison attends council sessions. 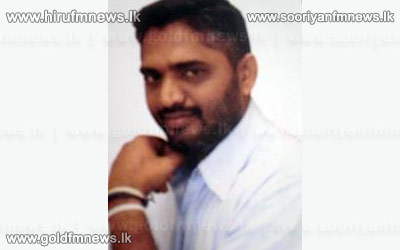 The Moratuwa deputy mayor Sujith Pushpakumara who is a suspect in the murder of the chief incumbent of the Moratuwa Egoda - uyana Sunan – dopa – nanda temple, has taken part in the monthly session of the Moratuwa municipal council today.

Our correspondent on scene stated that that the deputy mayor is currently seated in the chambers and taking part in the debate.

Although the deputy mayor arrived at the Moratuwa municipal council chambers on the 26th of April, due to a protest staged by Buddhist monks and the residents of the region he was unable to take part in proceedings.

Due to this reason prison officers escorted the deputy mayor from the municipal council grounds.

Meanwhile, the other 4 suspects, in the murder of the chief incumbent of the Moratuwa Egoda - uyana Sunan – dopa – nanda temple, who are currently in remand custody were presented before Moratuwa Additional Magistrate M. M. M. Mihal today.

Subsequent to the hearing the additional magistrate issued orders for the 4 suspects to be further remanded till the 10th of next month.

In addition, the additional magistrate also issued orders for the prison officials to present the Moratuwa deputy mayor before Court on the same day.