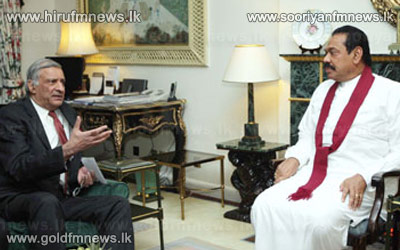 The meeting took place on the sidelines of the United Nations General Assembly taking place in New York City currently.

Much of the conversation focused on the upcoming Commonwealth Heads of Government Meeting.

The theme for this year’s conference is “Growth with Equity; Inclusive Development.

It was inspired by President Rajapaksa’s vision of bringing development to all segments of the population and to all parts of the country.

President said we have to deliver something practical or it will be just another meeting.

Sharma told the President that representatives of many countries who visited Sri Lanka as a part of the advance visits during the past couple of months were very satisfied with the planning underway in preparation for the summit.