Video :Several suggestions regarding positions in the UNP presented to the party working committee 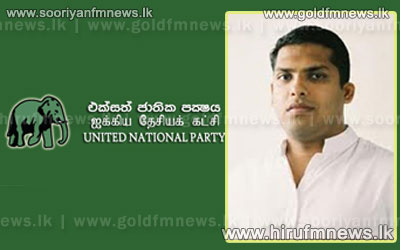 Internal sources in the UNP state that there will be no change in the party leadership.

Speaking to our news team a senior spokesperson of the UNP stated that several main positions within the party that are vacant may also be filled in the near future.

Reports state that several suggestions in this regard will be presented during the party working committee meeting which will take place on the 7th of next month.

However, speaking at a press conference held in Colombo today, UNP parliamentarian Harin Fernando stated that a political change may occur in the party within the next week.

Meanwhile, two individuals hailing from the Matale – Pallewela region initiated a fast unto death in front of the Matale clock tower at 7 this morning demanding that Ranil Wickramasinghe should resign from party leadership.

Subsequently, a representative of the UNP Matale district leader parliamentarian Wasantha Aluvihare informed the two individuals in question to arrive for a discussion with the parliamentarian.

Hence the two individuals had abandoned their fast at midday today.