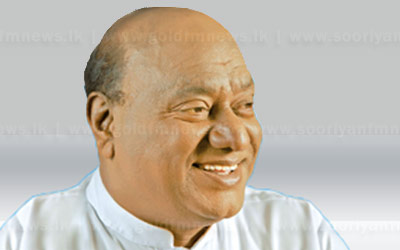 Former Chief Minister of North Central province Berti Premalal Dissanayaka has passed away at the age of 59.

Berty Premalal Dissanayake was born on 15th July 1954, as the eldest child in a family of two Girls and two boys.

Entering politics as a secretary of Sri Lanka Freedom Party of Habarana Town Hall in 1972, Berty Premalal Dissanayeka later became the organizer of the Thalawa seat.

1989 was a remarkable year for him as he was nominated for the Parliamentary Election, which he won by a considerable margin, and entered the parliament in Anuradhapura in 1989 as the Minister of Social Services.

Berty Premalal Dissanayeka became the Chief Minister of the North Central Province in 1999.