Saliya Dissanayaka says he lost because of brother SB 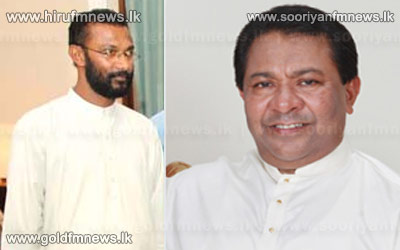 Former Chairman of the Central Provincial Council Saliya Dissanayaka says that the reason for his defeat at the recent election was his brother Minister S B Dissanayaka.

Out of the 20 candidates who contested from the UPFA for Nuwaa-eliya he was placed 13th.

He expressed these views speaking to our news team.

However, when we inquired regarding this from Minister S B Dissanayaka, he stated that his brother was defeated due to his drunkenness.

Jayalath Bandara, another brother of Minister S B Dissanayaka who contested from the UNP was elected to the Central Provincial Council.