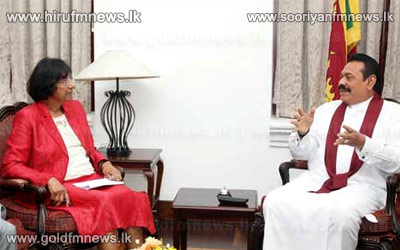 In an interview with the Al-Jazeera, the President said he does not understand why the UN official would make such allegations when Sri Lanka has had around 19 elections within the past 5 years.

He said that there is democracy in Sri Lanka and its up to the people to decide on governments.

The President disputed most of Pillays statements in her report to the UN Human Rights Council in Geneva and said people of Sri Lanka believed that the UN official had already prepared her report before she visited the country.

When asked about the allegations she made concerning the harassment of persons who spoke to her during her visit to the North, the President said she never raised the allegations when she had discussions with him but stated them to the public.

Responding to Pillays charge that surveillance and harassment is getting worse, the President said Sri Lanka is a democratic country and people, especially opposition, are free to express their views.