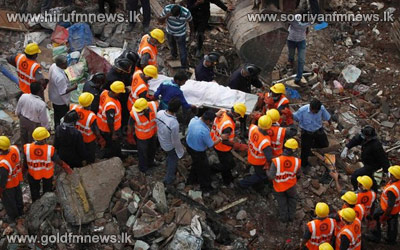 The rescue operation at a four-storey building that collapsed on Friday in the Indian city of Mumbai has been called off, with the final death toll put at 60.

Rescuers saved 33 people from the rubble of the building near Dockyard Road in the east of the city.

The last to be found alive was a 50-year-old man pulled out yesterday.

Poor construction practices have been blamed in earlier incidents.