Teachers Unions charge that lunch at some schools has stopped 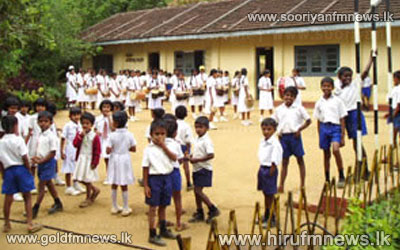 Teachers Unions allege that the lunch that is provided free of charge by the government to Rural schools has stopped in certain areas.

The Lanka Teachers Union stated that the reason for this was the failure to make payments to those providing the daily meals to schools.

Schools housing students from low income earning families as well as schools with a higher percentage of students suffering from mal nutrition are provided a noon meal.

However, General Secretary of the Lanka Teachers Union Joseph Starlin stated that the failure to make payments to suppliers has led to a halt in supplying the noon meal to students.

However, when we inquired from the Education Services Ministry a spokesperson stated that funds required to make payments for the month of July was not received from the Treasury as yet.

The Ministry also stated that making payments has not been suspended and no soon as funds are received the due payments will be settled.