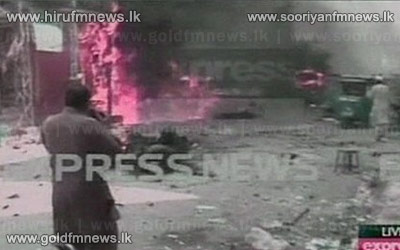 An explosion has ripped through a market in the north-western Pakistani city of Peshawar, leaving at least 25 people dead.

The explosion took place in the Kissa Khwani market, with shops and vehicles set alight.

The blast comes a week after a double suicide bombing that killed at least 80 people at a church in the city.

On Friday, at least 17 people were killed in the bombing of a bus carrying government employees near Peshawar.