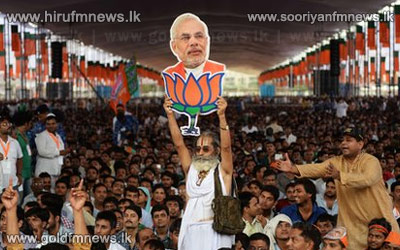 The opposition candidate hoping to become Indias next prime minister has said the government is too "addicted" to corruption to tackle the issue.

Narendra Modi vowed to eradicate the problem if he is elected to replace incumbent Manmohan Singh in 2014.

He blamed Singhs Congress party-led coalition for making India a laughing stock through lack of development.

Critics have called Singhs government one of the most corrupt in Indias history following incidents of bribery and other scandals that have prompted the resignation of several cabinet ministers.