Jayalalitha should not meet Wigneswaran - Tamils for Obama warns 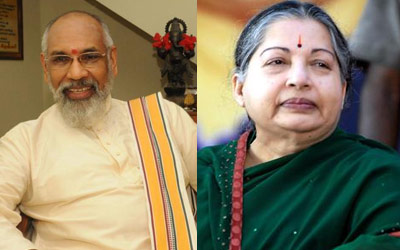 The Tamils for Obama Organization stated that Tamil Nadu Chief Minister Jayalalitha Jeyaram should not meet her Sri Lankan counterpart in the North C.V. Wigneswaran until the latter apologizes from the people in Tamil Nadu.

The Tamils for Obama sent a warning letter to Jayalalitha after a recent statement by Wigneswaran which claimed that the support of neither Tamil Nadu nor the Tamil Diaspora was necessarily required to settle the ethnic problem in Sri Lanka.

Tamils for Obama also stated in its letter that Wigneswaran had denied its claim that the residents in the North of Sri Lanka were relatives of the people in Tamil Nadu.

The Tamil Diaspora supported Obama during the previous U.S. presidential election and the Tamils for Obama was formed as Tamil Nadu affiliation to the Diaspora.