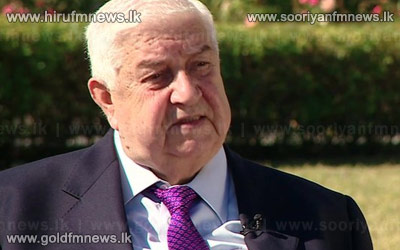 Syrias foreign minister has claimed that "terrorists from more than 83 countries" are killing Syrian soldiers and civilians.

In a speech to the UN General Assembly, Walid Muallem compared this "invasion" to the 9/11 attacks on New York.

In a separate interview with the BBC, he said international peace talks were vital for Syrias future.

But he said proposed talks in Geneva "cannot succeed" while Turks, Saudis and Qataris are helping the rebels.