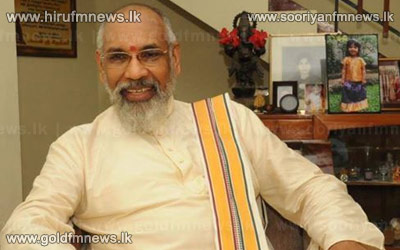 Speaking to our news team TNA parliamentarian M. A. Sumandiran stated that the appointment letter confirming the appointment sent by the Northern Provincial Governor’s office was received this morning.

The TNA won 30 out of the 38 seats of the Northern Province and C. V. Wigneshawaran received in excess of 1 hundred and 30 thousand preferential votes.