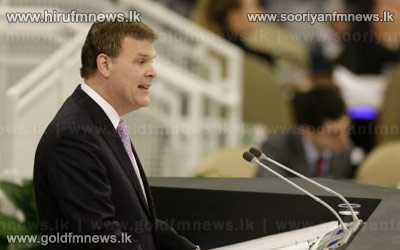 He said that questions had been raised with regard to religious freedom in Sri Lanka.

Baird said that Christian and Muslim places of worship were attacked and also mentioned about the recent arrest of Muslim politician Azath Sally.

Meanwhile International Analysts who asses John Baird’s UN address say that the Canadian protest over Sri Lanka has risen sharply while the CHOGM is round the corner.

However the Canadian effort to bring Sri Lankan issue to the table at the Commonwealth Ministers Active Committee meeting in New York was failed.

Baird said earlier that Canada would not send a full fledge delegation to the CHOGM to be held in Colombo in November.