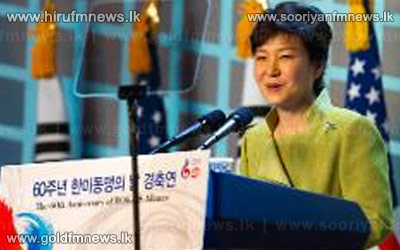 Some 11,000 troops and 120 aircraft took part in the event at an air base south of Seoul, which showed off the militarys most advanced weaponry, including a cruise missile capable of surgical strikes on the North Korean leadership.

The guest of honour was US Defence Secretary Chuck Hagel -- on a visit to underscore US commitment to its military alliance with South Korea where 28,500 US troops are currently stationed.