Video :SLMC asks full powers of the 13th Amendment - A resolution passed in the Eastern PC 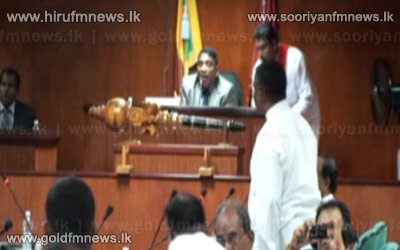 The Eastern Provincial Council passed a resolution today stating that the powers stated in the 13th amendment should be given to provincial councils without any changes being made to them.

The motion was submitted to the chambers by the Sri Lanka Muslim Congress.

Group leader of the SLMC Provincial Council Ministers of the Eastern Province, A. Mohammad Jameel stated that the motion was passed with a majority of 15 votes.

16 votes were for the motion and one vote was against the motion.

United People’s Freedom Alliance provincial councillor Priyantha Pathirana was the only PC to oppose the motion.