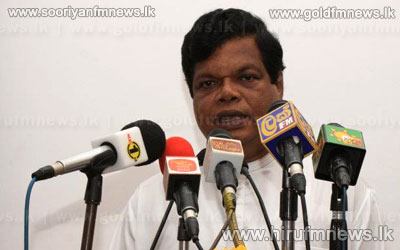 Teachers Unions point out that only 10% of students who passed the year-5 scholarship would get monetary allowances.

Education Minister Bandula Gunawardana told a media conference held at his Ministry yesterday that the Year-5 scholarship examination cut-off mark was considered as 70.

According to this Analysis, the Minister said that 223 thousand 908 out of 322 thousand 455 students have passed the examination this year.

However the Lanka Teachers Association does not agree with the Minister’s analysis.

We inquired from the Minister of Education Bandula Gunawardena regarding the argument raised by the teachers associations.

In response the minister stated that the cut off mark cannot be considered as the pass mark.

The minister also stated based on a recommendation provided by the National Education Commission, the ministry took steps to introduce a pass mark for the year 5 scholarship examination in 2010.

Elaborating further Minister Gunawardena stated that the ministry will take steps to provide a certificate for all students who have obtained more than 70 marks during the year 5 scholarship examination.