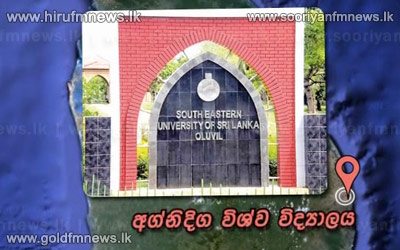 2 groups of second and third year students attached to the Applied Science Faculty of the South Eastern University have clashed over hostel facilities this morning.

Samanthurai police said that 23 students who suffered injuries were hospitalized while 41 more were arrested in connection with the incident.

Police also stated that those who were admitted to hospital are out of danger.

When contacted University Grants Commission Chairman Professor Kshanika Hirimburegama to comment on the incident, she said that disciplinary action will be taken against the students involved in the clash.