An assurance from Lord Rogan on Sri Lanka 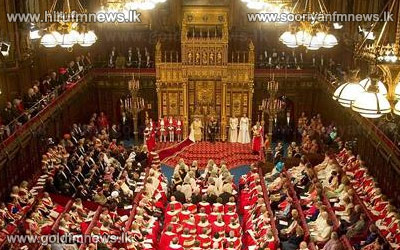 Lord Rogan of the British House of Lords has stated that Sri Lanka is a country that entertains Religious and Racial harmony.

This was meeting with President Mahinda Rajapaksa at Temple Trees yesterday.

Lord Rogan also stated that Sri Lanka must be recognized as a country coming out of an armed conflict spanning a thirty year period, and said that there weren’t as many as security personnel as mentioned by some groups.

Since 2009 much has been achieved in Sri Lanka and the government has policies to achieve more.