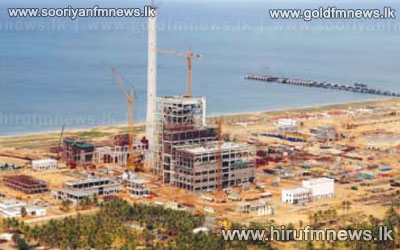 Indian Minister of External Affairs Salman Kurshid will be arriving in the island next Monday to hold bilateral talks with his Sri Lankan counterpart Prof. G. L. Peiris.

Following bilateral talks Minister Kurshid will also meet with the Governor of the Northern Province Major General G. A. Chandrasiri.

It is reported that the Indian external affairs minister will also meet with the representatives of the Tamil National Alliance as well.

This is the first time since January of 2012 that an Indian Minister of External Affairs will be visiting Sri Lanka.

Indian Minister of External Affairs Salman Kurshid is also scheduled to sign the agreement pertaining to the Sampur power plant.

Speaking to our news team the secretary of the ministry, M. M. C. Ferdinandu stated that the power plant will be be built in 5 stages as a joint project between the two countries.

The Sampur power plant will add 500 Mega Watts to the national grid and will be built at a cost of 600 million US dollars and is scheduled to be commissioned in 2017.