Another study on kidney decease 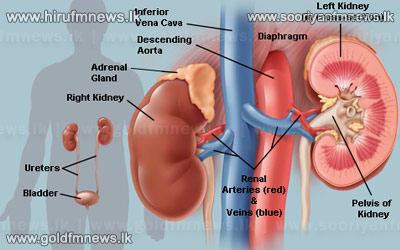 The Ministry of Health has decided to conduct another study on the kidney decease reported from several parts of the island.

The Ministry stated that the objective of the study was to obtain accurate facts regarding the decease.

Health authorities point out that kidney patients are still reported from areas such as Anuradhapura, Polonnaruwa, Moneragala, Hambathota and several other areas.

The exact reason for the kidney decease has not yet been ascertained although various views have been presented.