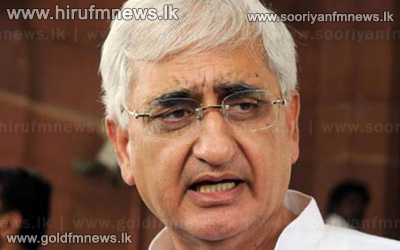 Indian Minister of External Affairs Salman Kurshid is due to arrive in the island tomorrow at a time when there is dialogue concerning several important topics regarding Indo Sri Lanka ties.

The Indian Minister of External Affairs is due to sign the Sampur power plant agreement during his visit as well and he is also scheduled to engage in discussions with Sri Lankan authorities regarding the Indo – Sri Lanka Fishermen issue.

It is expected that the Indian minister will request legal proceedings with regard to Indian fishermen who were arrested for violating the Sri Lankan maritime border to be expedited and that the boats that were confiscated to be released.

However, the act of South Indian fishermen poaching on Sri Lankan waters has not yet stopped.

Deputy Minister of Fisheries and Aquatic Resources Sarath Kumara Gunarathne stated that despite the continuous poaching, steps will be taken to resolve the issue peacefully through discussions.

He also stated that the Sri Lankan government has already implemented a number of steps in this regard.