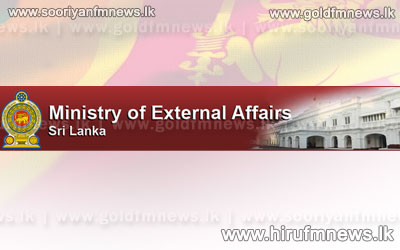 The ministry of external affairs states that India has made no official request to provide the Northern Provincial Council with land and police powers.

Upon an inquiry by our news team the secretary of the ministry of external affairs Karunathilaka Amunugama stated that no such notification was issued even after the Northern Provincial Council election.

However, the Indian Minister of External Affairs Salman Kurshid is due to arrive in the island tomorrow and media reports suggested that he would pay special attention to regarding this.

Meanwhile, the United People’s Freedom Alliance states that no special dialogue will arise with regard to land and police powers in the future.

UPFA General Secretary Minister Susil Premjayantha made this statement while speaking at a press conference held in Colombo recently.