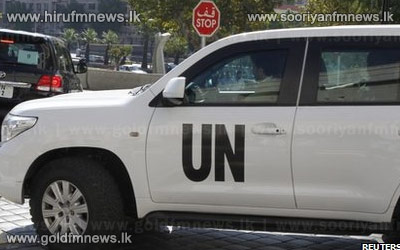 The operation is being carried out by a team from the Organisation for the Prohibition of Chemical Weapons.

The mission was established under a UN resolution passed after agreement between Russia and the US.

The resolution followed international outrage at a chemical weapons attack near Damascus in August.