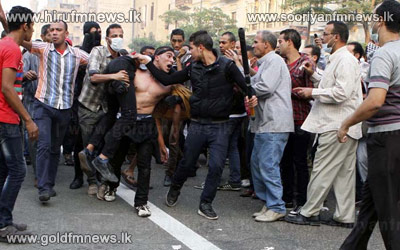 At least 50 people are killed and more than 240 hurt in Egypt in clashes between police and supporters of ousted Islamist President Mohammed Morsi.

More than 200 members of the Muslim Brotherhood were arrested in Cairo, where most of the deaths were reported.

Supporters of Morsi marched in several cities, as the military-backed government, marked the 40th anniversary of the 1973 Arab-Israeli war.

Morsi supporters say he was deposed in a military coup in July.