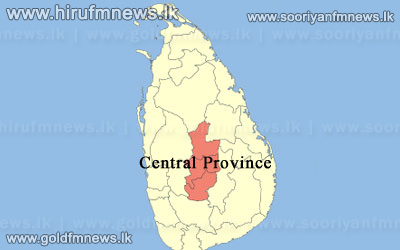 After the Governor’s official statement was read by the PC Secretary, a secret vote was taken to elect a Chairman as the names of two PC UPFA members were proposed for the position.

Later Mahinda Abeykoon who obtained 29 votes with 2 majority votes against his rival L.D. Nimalasiri was elected as the Chairman of the Central Provincial Council.

Another secret vote was taken to elect a deputy chairman as well after two names were proposed to that position as well.

Later UPFA member S.B. Rathnayake was elected to the post of Deputy Chairman after he received 33 votes against his rival Rohana Bandaranayake’s 24 votes.

A highlighted fact of the secret vote however was that Opposition member Rohana Bandaranayake earned 7 government members’ votes today.

During the swearing-in ceremonies of the Chief Ministers and PC members of the Central Provincial Council, UPFA General Secretary Minister Susil Premajayantha asked to elect Mahinda Abeykoon as the Chairman and S.B. Rathnayake as his deputy.

Before the proceedings, it is mandatory to elect a chairman, a Deputy Chairman, a Leader of the House and a Chief Government Organizer.

Though it is customary for the winning party to make these appointments, a vote was taken to elect a Chairman for the Central Provincial Council this time.

At this instance, the UPFA proposed Mahinda Abeykoon for the Chairman position while the Opposition also proposed its member E.D. Nimalasiri to contest the post.

Later a vote was taken, and Mahinda Abeykoon was elected as the Central Provincial Council Chairman with 2 majority votes.

Meanwhile the inaugural sessions of the North Western Provincial Council will be held on Friday.