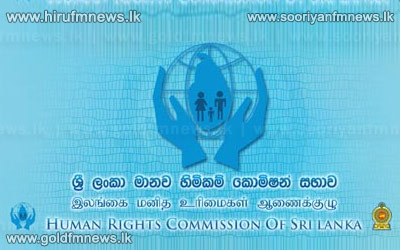 A special discussion is currently being held at the Human Rights Commission with regard to the Education Ministry decision to release the year-5 scholarship examination results on the World Children’s Day that falls on 1st of October.

A Commission member Prathibha Mahanama Hewa told our news team that a public opinion was built up in the society regarding the embarrassment faced by the parents and students after the Education Ministry decision was announced.

He said that that public opinion triggered the Human Rights Commission to start a special discussion on this controversial decision.

The discussion started at 10.30 this morning, and invitations had been sent to the Education Ministry Secretary, the Examinations Commissioner, the Primary Education Director and other 35 government officials including several representatives of the Child Protection Authority.

The Human Rights Commission says that the highest number of human rights violation complaints has come from the education sector.

HR Commissioner Dr. Prathibhaa Mahaanaama-hewaa told our news team that before this, the highest number of complaints had been lodged with regard to the police department.