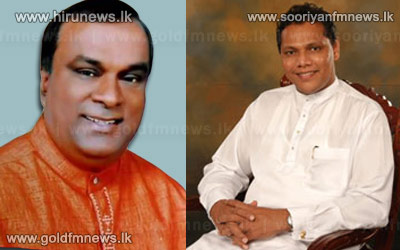 North Western Provincial Council Chief Minister Dayasiri Jayasekera’s first proposal to the Council was defeated today when its members voted to elect a Chairman for the new Council.

After the inauguration of the Council session, Chief Minister Dayasiri Jayasekera proposed Indrani Dasanayake’s name to the Chairman post.

Later, it was decided to hold a secret vote as there were two names proposed to the Chairman position.

Dharmasiri Dasanayake appointed as the Chairman of the NW PC

During the sessions to appoint a Council Chairman, Dharmasiri Dasanayake whose name was proposed by the UNP has been elected the Chairman with 8 majority votes.

The UPFA proposed Indrani Dasanayake to the Chairman post, and as there were 2 names proposed, it was decided to take a secret vote.