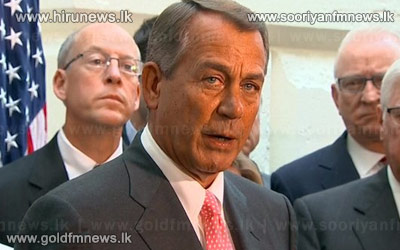 Republicans in the US House of Representatives have met President Barack Obama amid renewed efforts to avert a looming debt crisis.

Both sides described the 90-minute meeting as useful but said no decision was made.

Republicans have offered the president a short-term debt limit increase to stave off default.

In return they want Obama to further negotiate on the budget dispute that has partially closed the US government.