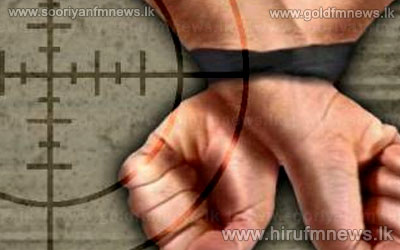 A share holder of a renowned tourist hotel in Wadduwa has been abducted by a group of individuals this morning.

The police media unit stated that the abduction was carried out at approximately 5.30 in the morning by a group of individuals in a van.

The abducted individual was found by the police after he was found abandoned near the road in the Bandaragama region.

The individual in question has been hospitalized and no arrests have been made in connection with the abduction.

The police further stated that a feud has been brewing between two groups of shareholders of the hotel for a while.

No reason for the abduction has been uncovered yet and that the Wadduwa Police have initiated a special investigation with regard to the abduction.