A programme to educate parents before scholarship exams. 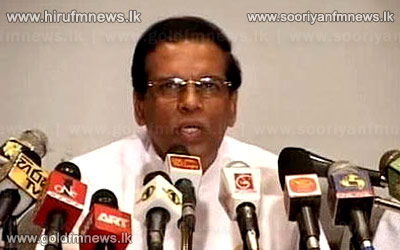 Minister Maithreepala Sirisena states that a methodology should be developed to educate parents regarding the results of the year 5 scholarship exam before the results are released.

The minister also stated that the proposal regarding this has already been presented to the ministry of education.

Elaborating further while speaking at a function held in Aralaganwila, Minister Sirisena stated that this proposal was put forth after taking into consideration difficulties faced by children due to the behaviour of parents following the release of the results of the year 5 scholarship exam.

Meanwhile, The Sri Lanka Human Rights Commission stated that it issued instructions to the National Education Commission to make changes with regard to the methodology of the year 5 scholarship exam and the issuing of results to coincide with the World Children’s Day.

35 government officials including the examinations commissioner were summoned before the human rights commission today to provide an explanation with regard to issuing the results of the year 5 scholarship exam on the 1st of October which is the World Children’s Day.