N Korea warns of counter-attack on US warship 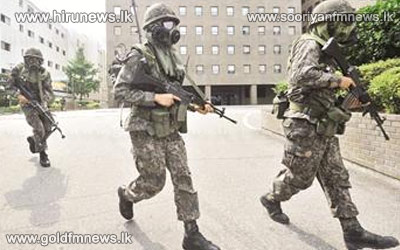 North Korea threatened to "bury in the sea" a US aircraft carrier, as it slammed a three-nation naval drill involving US, South Korean and Japanese warships.

The latest warning from the isolated regime came a day after the United States launched a two-day joint military drill with South Korea and Japan off the southern coast of the Korean peninsula.