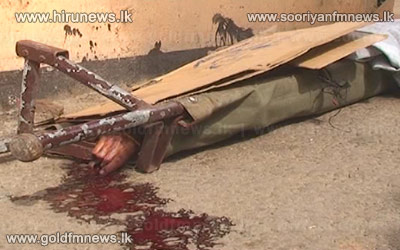 A woman and her daughter were killed after being hit by the Yal Devi train, which was traveling from Killinochchi to Colombo today.

The woman had reportedly jumped in front of the train with her two children in the Thinawala area, between the Veyangoda and Pallepola railway stations, at around 1.00pm today.

Police said the woman and the youngest daughter were killed instantly while the eldest daughter had not come into contact with the speeding train.

The bodies of the victims have been taken to the Wathupitiwala hospital while Veyangoda Police are conducting further investigations into the incident.

Police alleges that the tragic incident had occurred as a result of a family dispute.

The police also recovered a letter inside the hand bag of the deceased woman.