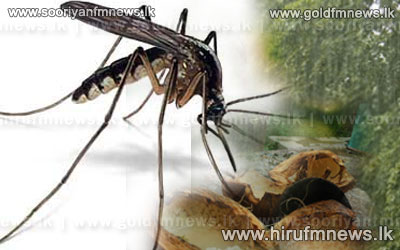 Health Ministry sources said that the routine cleaning programs would continue on a daily basis clearing mosquito breeding sites, dredging canals and home inspections, as dengue could raise its head again with the monsoons in November.

There was a drop in the number of dengue cases in September.

The number of suspected dengue cases reported to the Epidemiology Unit in the first 10 months of the year stood at 25 thousand 50, with 48.12 percent cases from the Western Province.