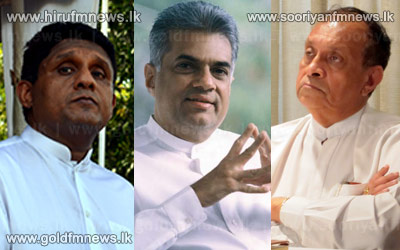 A special meeting will be held next Tuesday to decide the future line of action of the UNP Supreme Council.

It was decided at the UNP working committee meeting held last week to appoint a new board to carry out future actions.

A discussion for this was scheduled to be held last Thursday, however was postponed as Sajith Premadasa was unable to attend the meeting.

A spokesman for the party said that the aforementioned discussion will be held on Tuesday instead and that necessary arrangements have been made for this.

The composition of the Supreme Council as well as the powers vested with it is expected to be extensively discussed during the gathering.