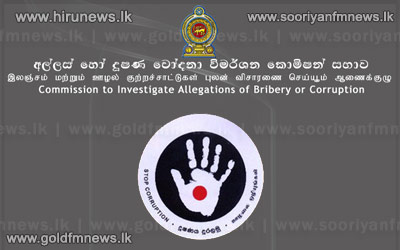 The Bribery or Corruption Investigation Commission says that complaints with regard to soliciting or attempting to take sexual bribes has increased.

Commission Director General Lakshmee Jayawardhana told our news team that such complaints continued to be lodged by people constantly.

She also said that officials had been deployed for taking action with regard to them.

The Directress General requested the people to inform the commission if such incidents were reported.