Disarray in US House as debt - ceiling bills falter 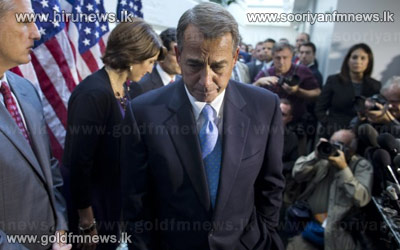 Efforts by the House of Representatives to end the US debt ceiling showdown collapsed in startling fashion today, with the Republican leadership failing to muster enough support for its own plans to avert default.

House Speaker John Boehners team unveiled two paths out of the crisis, including a stripped-down Republican bill extending the US debt ceiling until February 7th and funding government for the next two months.

The first effort never got off the ground and a rules committee postponed a key hearing that would allow the second measure to reach the floor, essentially killing it.