There is no party politics in the Army:says Army Commander. 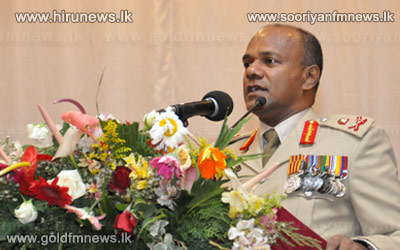 Army Commander Lieutenant General Dayaa Ratnayaka said that terrorism could not be allowed to raise its head again.

Addressing a meeting held at the Kilinochchi Field Task Force Headquarters yesterday said that some shadows of terrorism were still active.

He emphasized that the army acted to fulfill country’s needs and did not engage in politics.