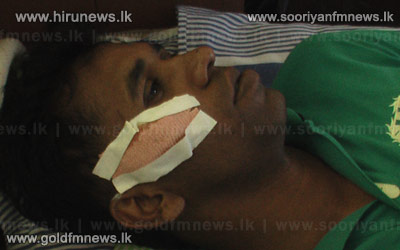 An unidentified group has assaulted the Traffic OIC of the Galewela police at Bambawa in Galewela last night.

Police said that a suspect who arrested earlier in connection with a fatal motor accident had come by a van with a group of his supporters for the attack.

Police Media Spokesman SSP Ajith Rohana said that one suspect in connection with the assault has been arrested and investigations are on to arrest rest of the suspects.