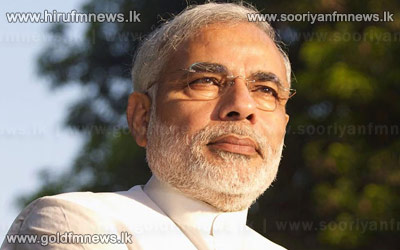 Sri Lanka is becoming a topic for all the Indian political parties as they gear up for the general election in 2014.

Especially during political rallies being held in Tamil Nadu, political parties state that the Tamils in Sri Lanka are continuing to be harassed.

Both the Congress Party and the opposition, the Bharathiya Janatha Party are vigilant regarding the voter base in Tamil Nadu.

The Congress Party has allied with the DMK party and it is their stance that has become an obstacle for Manmohan Singh’s visit to Sri Lanka.

The prime ministerial candidate of the BJP, which has already initiated its election campaign, Narendra Modi took part in a public gathering yesterday in Chennai during which he did not forget to speak regarding Sri Lanka.

However, the statement regarding Sri Lanka made by Narendra Modi was not a direct one.

During his speech, he stated that there are a lot of people with Indian origin all over the world and that when they are facing difficulty like the Tamils in Sri Lanka, India needs to stand up for them.