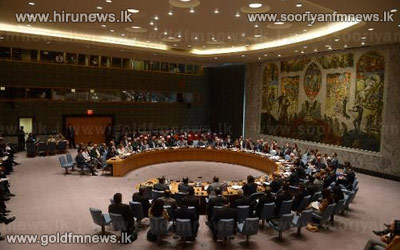 Saudi Arabia angrily rejected a UN Security Council seat on yesterday, accusing the UN body of "double standards" over the Syria war and other trouble spots in an unprecedented diplomatic assault.

The Saudi move sparked disarray at the Security Council where it only won the seat on Thursday at a UN General Assembly election.

Russia criticised the Saudis "strange" decision but the conservative kingdom got a more understanding reaction from western nations.

Diplomats said it could be possible to persuade the Saudi government to reverse the decision announced in an outspoken foreign ministry statement.