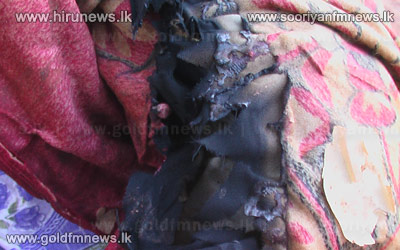 Police stated that details were found about a suspect who forced enter a house and set fire on his paramour, her mother and 2 children at Tala-kiriyagama in Gale-wela this morning.

Later the neighbors have rushed the victims to Dambulla hospital, and hospital sources said that the condition of the 2 children is critical.

Investigations reveal that the woman had left her husband and lived with the suspect’s house for several months.

After a dispute with the paramour, the woman had left the paramour and gone to live with her sister in Tala-kiriyagama.

The suspect allegedly committed the crime at the woman’s sister’s home in Tala-kiriyagama.

4 injured in the arson of a Galewala house; condition of 2 children serious.

Two women and two small children severely injured in an arson of a house in Kirala-golla in Thala-kiriyaagama in Galewela carried out by a certain gang this dawn, were admitted to the Dmbulla hospital.

The police said further that action would be taken to transfer the two children to the Kandy General Hospital.

A four-year old boy and a nine-year old girl have thus been injured.

The two women with burn injuries are also currently receiving treatment at the Dambulla hospital.

The police said that the initial investigations carried out so far had revealed that this arson had been committed due to a family dispute.