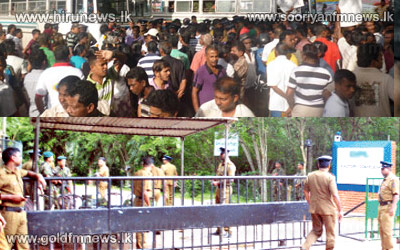 The Siyane Water Protection ‘Jana Neguma’ Movement is preparing to take legal actions against the company that believed to be the root cause of the Rathupaswala drinking water contamination.

Addressing a media briefing held in Gampaha today, convener of the Siyane Water Protection ‘Jana Neguma’  Movement Pramitha Hettiarachchi said that a group of 25 lawyers are currently documenting the preliminaries with regard to the law suit.

Meanwhile, Teri Pehe Siridamma Thera who staged a fast unto death at the beginning of the Rathupaswala drinking water protest has returned to his Temple in the area.