India says that a united Sri lanka is necessary. 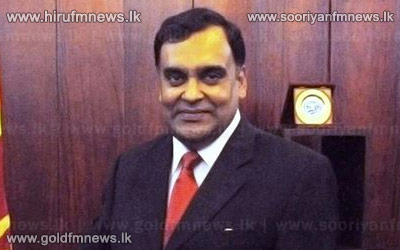 Speaking during a conversation with Prime Minister D.M. Jayarathna yesterday, Sinha said that India would always push the TNA to work in harmony with the Sri Lankan government.

Meanwhile TNA parliamentarian R. Sampandan who is currently in India charges that the Indian grants sent for the benefit of Tamil people in Sri Lanka are not fully distributed among the Tamils.

Sampandan has expressed these views to Indian media yesterday after he met a BJP delegation including its Tamil Nadu based leader P. Rada Krishnan.

He also stated that the Indian government should intervene to solve the national issue of Sri Lanka and to safe guard the rights of the Tamil populace of Sri Lanka.

Elaborating further to Indian media, the minister had stated that although the decision to abolish the 13th amendment taken by the Sri Lankan government has been temporarily halted, it has not been completely withdrawn.

He also stated that due to this the Indian government should intervene to ensure that the 13th amendment continue to be in effect.

The TNA leader has also stated that India should carefully consider facts before deciding whether to take part in the Commonwealth Heads of Government Meeting.