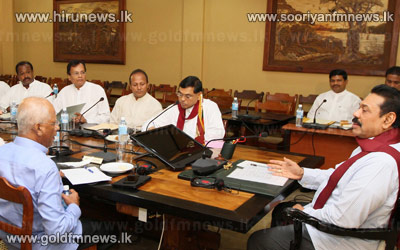 President Mahinda Rajapakse states that public representatives must work together with regard to public development projects that have been initiated.

Elaborating further President Rajapakse also stated that it is the responsibility of public representatives to dedicate themselves to the success of the development projects rather than to fulfil their personal objectives.

The president made these observations while taking part in a discussion held at temple trees to obtain the opinions of deputy ministers with regard to preparing the 2014 budget.

Speaking further President Rajapakse also stated that as the public becomes inconvenienced due to various decisions taken during various development projects, it is important to initiate such projects after comprehensive and long term planning.