Roads connecting villages to be reconstructed next year; President. 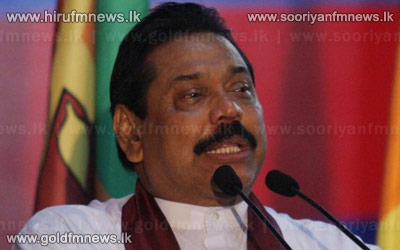 President Mahinda Rajapakse states that reconstruction of all by roads connecting villages across the country will begin next year.

Speaking at a meeting held at the presidential secretariat with the UPFA Southern Provincial Councillors, President Rajapakse stated that everyone should dedicate themselves to successfully finishing the development projects being carried out in their province.

Meanwhile, President Mahinda Rajapakse also stated that the government is dedicated to ensure that everyone in society reaps the benefits of technology without limiting those benefits to just a handful of individuals in higher society.

Taking part in the 2013 World Summit Award Global Congress held last night, President Rajapakse stated that the government is working towards taking technology to the village via the E – Sri Lanka program.