Video : CHOGM is an investment for the future - President. 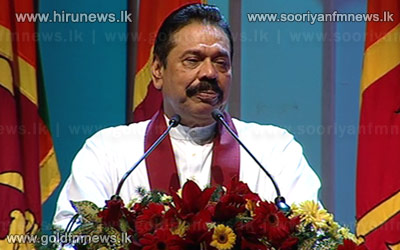 President Mahinda Rajapaksa says that all expenses incurred for the Commonwealth Heads of Government Meeting were investments for the country’s future.

The President said so while participating in the inauguration of the Bandaranaike Memorial International Conference Hall reconstructed in view of the Commonwealth Heads of Government Meeting.

The President said on this occasion that it was the Government’s duty to build a country suitable for the future generation that would have to cope up with high cost of living.

Sri Lanka acts with dignity as a country to provide maximum facilities for the foreign government heads and representatives gracing the CHOGM.

On this occasion President Mahinda Rajapaksa pointed out that the benefits of the development programme that the Government was carrying out in the country amidst various criticisms would accrue to the future generation.

On this occasion the President said further that similarly due to the Governement’s development programme a huge revolution had also taken place in all sectors of the country and that Sri Lanka had become a fully fledge country.