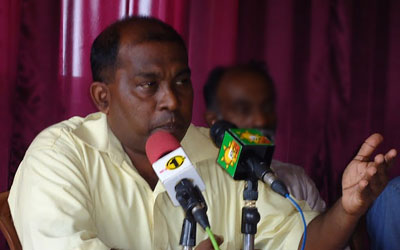 Union General Secretary Joseph Starlin told our news team that the Western Provincial Education Secretary has informed all the principals in the province to participate in such a political program called ‘Supasan Nimtera tomorrow.

Starlin also said that the Education Secretary has warned the principals who did not attend the 2 previous programs will be removed from their positions in the event they fail to participate tomorrow’s program.

Although the Western Provincial Education Secretary denied the allegations, our news team has also received a copy of the Secretary’s controversial letter sent to the principals.