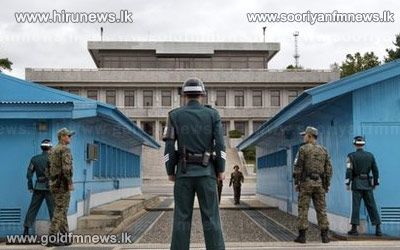 The men, between the ages of 27 and 67, were handed over yesterday, at the truce village of Panmunjom, on the border between the two countries.

Their names were not released and details surrounding their detention in the North remain unclear.

The two Koreas remain technically at war, as the 1950-53 conflict ended in an armistice and not a peace treaty.